Greg Mansfield - President:
Another busy week here at City Wide. I arrived back home to Minnesota on Monday after attending our annual convention down in Kansas City. Not only was my mind buzzing all about what I want to share and implement here at City Wide of Minnesota, but training is in full force with Jarrad joining the team in addition to my normal weekly schedule.

The convention was fantastic as always. A big thank you goes out to City Wide corporate in Kansas City for throwing an extremely successful and educational convention once again. It was great to see my fellow colleagues from other markets—to bounce ideas off each other, brainstorm, learn, share, and of course catch up. We were finalists for City of the Year (2010) this year. In our company was Jeff Smith from Indianapolis, Karen and Bob Sommers from Boston, and Cary Foreman from Jacksonville. Cary won and we’re extremely happy for him. 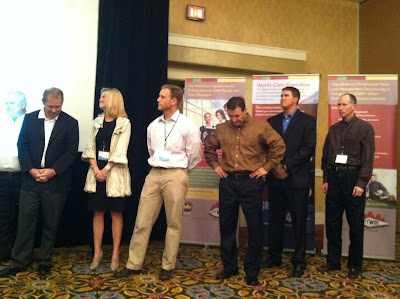 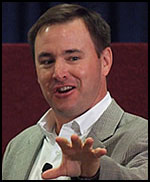 Among meetings and presentations, we also took part in a company-wide Texas Hold ‘Em poker tournament for charity. Grank Hinkle who won the world series of poker in 2008 made an appearance and played in the tournament with us. It was a fun night! Our Keynote speaker of the weekend was Brian Sullivan, President of PRECISE Selling. He was a fabulous presenter and really inspired us all to energetically attack our lives to the fullest potential.

On the last day of the convention, we enjoyed an Operations Field Trip. I tried out the new Chariot floor cleaning unit—notice me in my suit ;-) I’ll stop at nothing to keep your floors sparkling clean! 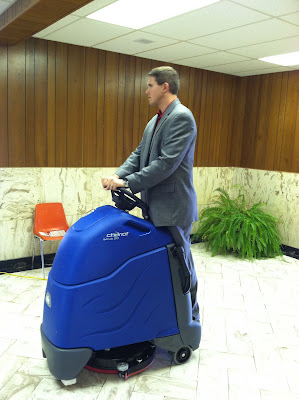 Afterwards, we all grouped up for our annual Golf Tournament. It was a beautiful day, and get this—my team ended up winning the tournament! We were pretty excited. 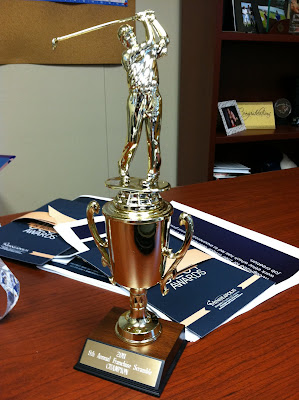 Aside from the convention, we also got great news while I was in Kansas City about a few new signed contracts. One account is a very large technical college here in the Twin Cities. We cannot wait to get started!

This weekend I’m headed up to Lake of the Woods to partake in some fishing. We’re hoping to “smack” the walleyes like my dad, Kelly, and I did last Memorial Day up at Lake of the Woods. Hopefully the weather cooperates and that we’ll be having a fresh fish fry each night! 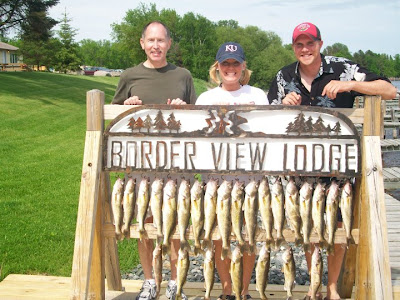 I have been behind on blogging lately and I will make better strides to keep up with things! After looking at last month’s list of completed extra charge projects there is no question that carpet cleaning and window washing were the name of the game this spring! I am glad to say that today is the last day of window washing scheduled at our several buildings. Every day we have had a low rise window cleaning project going on since the 9th of this month, and there were a couple weekend jobs going on too! I believe the total number of windows washed in the south metro were well over 10,000 from the last 3 weeks, and square feet of carpet must be 75,000-100,000 square feet completed! I took a couple brief videos of some stairs cleaning of very dirty carpet at an apartment complex showing some major improvement on dirt but the carpet is also worn and cleaning won’t fix that unfortunately (but routine maintenance will keep it where it is at) I will submit those videos and see if they can be added to a future collaboration of carpet cleaning videos since there wasn’t any audio on the video.

We have some really neat upcoming new starts for our clients. We have a very cool and unique building in downtown St Paul that I am excited to get going on. It is a very beautiful building inside and out with big wood I-beams, and lots of tenants varying from office type functions to even dental! A couple of the offices have some really entertaining posters and pictures hung up showing the character of not just the office but the individuals that make up the environment. I look forward to rolling this one out and getting to know these people over the next several years.

One of our new large accounts took a tour of my 8 story high rise building, spending over an hour in the building looking for anything that would scare them off from wanting to sign on with City Wide, and found nothing but a great looking building! City Wide works hard at maintaining a thoroughly clean building for each client— not just “fire drill” type scenarios for when VIPs are scheduled to arrive or walk though the building. We do of course pay special attention on the evening before and the morning of to make sure some things weren’t overlooked for such a visit. In this case it went very well, and after my client was finished showing them whatever they wanted to see, he called me up and said, “They left saying they were thoroughly impressed!” That is a win for me (no pop culture reference intended ;-)) That’s what we do, that’s why we do it! My night manger Eric lives by those simple words on a nightly basis. He is animate about the fact that we impress our customers daily and when we need to hit that home run, we are Jim Thome at the plate…of course Eric, the Brewers fan would probably have said Prince Fielder—but you get the point :-)

This week has been a bit of a blur for me as my wife is off in Canada for the 5th work week in a row of 3-6 days working so I have put in some extra hours at night here managing and lightening Eric’s load after a busy first half of May. I’m looking forward to tonight around 6pm when I get to shut my brain off for a few days with no weekend projects going on that need attention, and hopefully have a good Memorial Day weekend. It’s also my birthday on Memorial Day! We have some outside events planned that seem as though they will be cancelled due to this plague known as Minnesota weather… 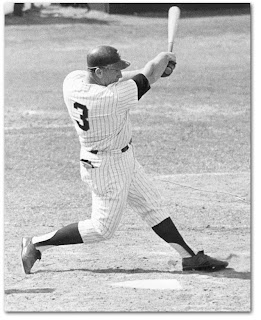 In other news I am coming up on my 1 year anniversary of marriage, I can’t believe it’s less than 30 days away! It has been a great year, a lot of fun, a lot of learning and adaptation to several things. Next month we are headed on a quick weekend vacation— the catch is that we still have not secured flights, a hotel, or really a general plan of weather were going on a cruise, south beach Florida, or even San Diego… this weekend I intend to pull the trigger on that decision and be ready to start the countdown. Happy Memorial Day, and don’t forget #3 Mr. Harmon Killebrew and his family as they resolve and watch Minnesotans everywhere tribute him!

~Your City Wide Team
Posted by City Wide Maintenance of Minnesota at 10:15 AM