Brrrrr, it’s been a cold start to the winter this year but fortunately with that came some snow! I personally like the snow as I am a snowmobile fanatic. I live in the north metro and am able to ride right out of my garage onto the snowmobile trails. This past weekend I rode from my house all the way to the cabin up near Hinkley. It was a blast and look forward to the upcoming season. We already have trips planned for after Christmas and again in January and February.


The early winter has also brought a lot of salt and debris into our buildings. Our crews have been working really hard each night trying to vacuum all the salt and keep the white build up away. This can be a tricky scenario for a lot of crews. We have found that a product called Nutra Rinse helps with the situation by reacting with the salt in a way that prevents streaks from appearing on the floor after a good mop. Occasionally, we need to rinse with hot water to perform a final clean in the higher traffic areas to prevent this. Overall, with the tough cold and snow we’ve already had this year,the crews have been doing a great job!


Here come the holidays and with that comes the company party. This year we’ll be at ProKart in Burnsville for some good racing amongst colleagues. With that said, the best racer will unfortunately be sidelined this year due to a back injury. I won’t say who that person is but I’ve seen him before and he’s pretty fast. His absence should help even out the competition for the rest of the field. Jarrad, being one of the slower racers, should have a much better shot at making the podium this year. With some words of encouragement and a detailed instructional from said “injured racer” he may just have a shot at winning. Only time will tell.


Happy Holidays to everyone out there! 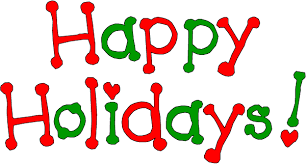 Posted by City Wide Maintenance of Minnesota at 8:44 AM