The 3rd Annual City Wide BBQ is in the books! This BBQ is my favorite company event every year, as I get to welcome the team and their growing families into my home/backyard, and we are able to take a break from our busy work lives to enjoy great company.


In the past couple years we’ve found ourselves deep in competition, playing HORSE or Four Square on my basketball court. There was some competition this year, but the underlying theme was just great conversation and getting caught up with each other on life outside the office.


With every good BBQ event, comes a ton of food and we had no shortage.  My wife is the MVP of the event, having peeled over 40 hard-boiled eggs to be smoked and deviled, cooking up her homemade mac n cheese, and making a mega pile of coleslaw and potato salad.  All I had to do was wake at the crack of dawn, 4am, and fire up the smokers.  By 5am, the pork shoulder and brisket was on and went to rest.  The food disappeared and we all socialized into the evening.


Aaron challenged Greg to a cribbage match.  Then, I played the winner, which was Aaron, and was whooped!  As the only measurable competitive event of the party, Aaron Bowen has won himself the traveling City Wide Cup!  Congrats to Aaron, and glad that nearly the entire office was able to attend this year!
Posted by City Wide Maintenance of Minnesota at 9:52 AM


With the up and down weather we have had in the recent weeks, Dustin and I were very happy to have the day we had on Tuesday, for the IFMA Golf tournament.  The sun was out, hardly a cloud in the sky, 85 degrees, and a good breeze.


IFMA is the International Facility Management Association.  They are the world's largest and most widely recognized international association for facility management professionals, supporting 24,000 members in 105 countries.  The purpose of the organization, is to help FM professionals develop themselves and have a resource for information on FM decisions.


We work directly with FM professionals in a large majority of the facilities that we service, so of course we want to support them. Additionally, golf events like these, are the perfect opportunity to get our company in front of FM professionals that we do not yet work with.


This tournament was at Legends Golf course, in Lakeville, MN.  We were stationed on the 3rd tee box, where we were able to interact with all the groups coming through.  As I stated above, it was a beautiful day and we had an amazing time with the great people of IFMA. 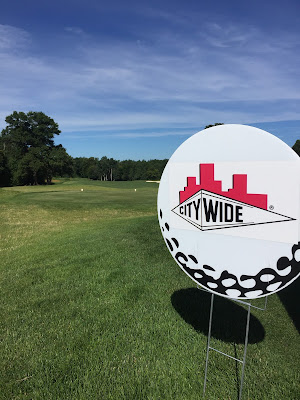 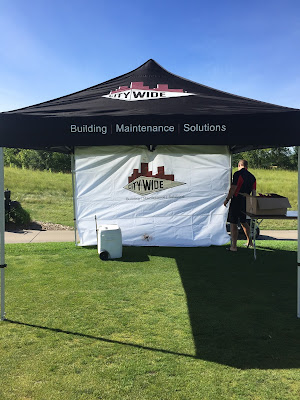 Posted by City Wide Maintenance of Minnesota at 10:21 AM


Greetings from the Northeast Metro and Happy Independence Day from everyone at City Wide Maintenance of Minnesota!!


We all know the 4th of July celebrates our country's independence, but do you know the rest of the history of Independence Day? The United States used to be a British colony a long while ago. Eventually, the 13 original colonies determined they wanted to be their own, single nation. After the American Revolution, the US colonies finally won their independence from Great Britain. It was determined, that in order to officially declare their split from the British, the new nation would draw up a Declaration of Independence.


On July 2nd, 1776, a vote was called to order and one representative from each colony was summoned to Philadelphia. Only two days later, on July 4th, the delegates adopted the Declaration of Independence, which was drafted by Thomas Jefferson. This is why we celebrate America’s birthday on the 4th of July!


For me, this holiday marks a milestone of summer, in which my wife and I get to spend time with family and friends.  Together, we enjoy boating, barbeques and fireworks. This year, we're traveling south to Lake Okoboji, in Iowa. We'll celebrate by spending time on the water and flying the American flag, high and proud!


Just for fun, I was able to dig up a few interesting facts about the holiday that you may not know...


*For those having a cookout on the 4th of July, you have a 25% chance that your hot dog came from Iowa.


Fun facts aside, please don't lose sight that this is an independence that Americans are still fighting for to this day, so make sure you thank a veteran or military member this 4th of July. I hope everyone has a safe and enjoyable Holiday weekend!!!
Posted by City Wide Maintenance of Minnesota at 11:25 AM