Hello Everyone!
Last weekend, October 20th-22nd, I had the privilege of attending the first ever leadership training event, put on by Echelon Front.  It is called Muster and it took place in San Diego.  This event was the single most impactful business and leadership class I have ever attended, including my college and MBA classes. I am currently working on a Leadership Playbook to help train current and future leaders in our company, so this was a timely event.  It was the most rewarding and interesting initiative I had the privilege of working on during my 10-year career at City Wide.


Echelon Front is a company that was started by two Nave Seals, Jocko Willink and Leif Babin.  Jocko was in charge of Seal Team 3 Task Unit Bruiser, which was instrumental in winning the battle of Ar Ramadi in the second Iraq war.  Jocko helped build what is, arguably, one of the world’s finest and most effective Special Forces teams ever assembled.  Leif worked with Jocko as a platoon commander under his command.   This is the Seal Team that was the focus of the movie ,American Sniper, about Seal Chris Kyle. After their combat experience, they were asked to be in charge of training for all the west coast seal teams and built one of the best combat training programs ever in the Navy.    Once their military careers were over, they co-founded Echelon Front, to share the principals of leadership they had learned with business leaders, police, and fire.  You can learn more about them at their website: www.echelonfront.com.  Both are very active on social media as well.  Specifically, Twitter, Instagram, and Facebook.  Jocko also has one of the highest rated new podcasts on iTunes, called Jocko Podcast.


The event itself was world class and ran smoothly.  350 business leaders, politicians, police, and fire professional attended, all hoping to improve their leadership skills and improve the effectiveness of their teams.  Jocko and Leif led a two-day session, teaching the combat leadership principals they learned, which include:


Jocko and Leif also held long question and answer sessions, where we were able to dive deeper into topics with real world examples.  This is where most leadership classes fail, as they are often theoretical in nature.  These guys are literally battle-tested and that real world experience is awesome, when comes to actual examples.  They never dodged or failed to have an effective answer to a challenge someone was facing.  That is quite rare.


Aside from the knowledge, we also got a chance to spend time with the guys during our 0430 AM workouts!  Around 200 of us that attended, were able to march through downtown San Diego at 0430 and workout together, outside of  the convention center.  Nothing like two Navy Seals leading burpees, jumping jacks, stairs, sit ups, scissor kicks, squats, lunges, and pushups for a wakeup call!  The first day, the security and police came to check out what the heck was going on and quickly realized that it was something cool, not a problem.


Overall, this was an incredible experience and something I will never forget.  It was an unexpected honor to get to meet and spend time with Jocko and Leif.  I am really looking forward to applying the lessons I learned with our team at City Wide of MN and seeing our company’s leadership continue to grow!


I would highly recommend their book, Extreme Ownership, and Jocko Podcast! 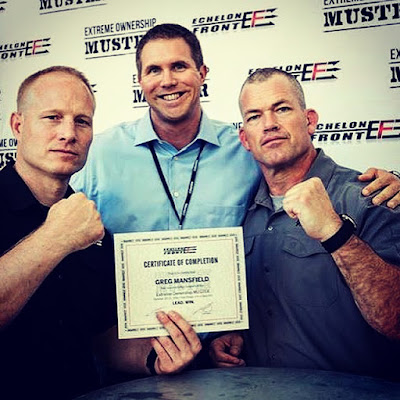 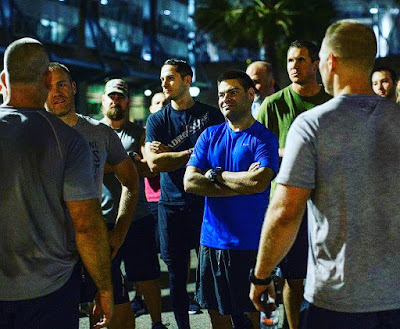 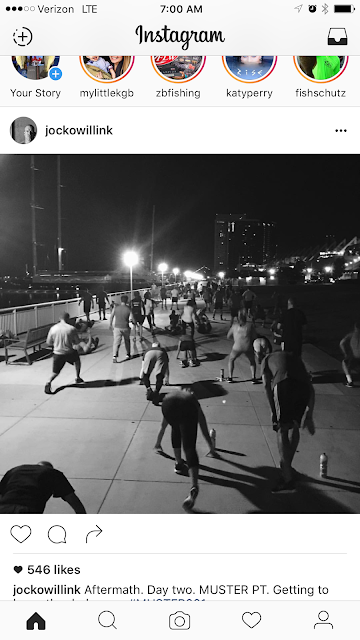 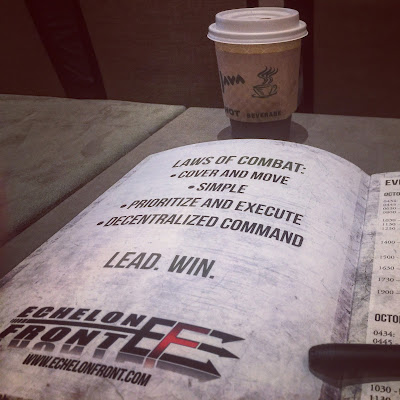 Posted by City Wide Maintenance of Minnesota at 11:35 AM