I have been with City Wide for five years now and I have no idea where the time has gone. When I was offered the position as a Sales and Operations Assistant, I was elated. The opportunity was just what my family and I needed. After about six months with City Wide, I was promoted to Office Manager. Fearing that I had already maximized my potential, I was treading lightly. Thankfully, what I didn’t realize was how much more City Wide had to offer than just a promotion. Not only have I been able to support our Controller, Brian Mansfield, by easing his day-to-day activities, but he has been there to support me in more ways than I ever would’ve expected a boss could. He has helped me challenge the status quo and learn all about positive discontent and how they are essential for growth. I’ve watched our Operations and Sales team more than double, and witnessed our now VP - Director of Operations, Mitch Brunette grow with the team. Mitch has also been a benefactor in more ways than one. I’ve formed relationships throughout the office that will last a lifetime and have been so fortunate to work with this talented group. Personally, and professionally I can’t even describe how much I have grown in the past five years, but I’m very thankful for everything that the Mansfields have started and allowed me to be associated with.


Earlier this week Kirsten Lund celebrated her five year work anniversary with us at City Wide Maintenance of Minnesota.  As I was thinking back on Kirsten’s tenure with us it occurred to me that it would be difficult to concisely capture what that experience has been like, but here is my best attempt.
We initially hired Kirsten to be an assistant to both our sales and operations teams and she quickly proved capable of more responsibility and was promoted to her current title of Office Manager.  I intentionally use the word title, and not role, in the previous sentence because over her four plus years as Office Manager her role has continuously changed and been updated as the company has grown.  Kirsten has embraced those changes and new responsibilities and is willing to help out wherever needed.

I’ve joked in the past that a more fitting title for Kirsten might be Chief Problem Solver because when an employee has a problem or an obstacle that they need help removing, frequently she is the one to help solve their problem.  She genuinely enjoys helping our employees, and freeing them up to spend more of their time helping our clients.  We are fortunate to get to host other business owners from time to time that want to share ideas and benchmark how we operate, and at the conclusion of those visits I regularly receive compliments about Kirsten.  On more than one occasion I’ve been told by other business owners that they want to find their own Kirsten.

Personally, as I’ve gotten to know Kirsten I’ve admired her wit and sense of humor.  I think those that have spent any time with her know what I’m referring to, but she has the ability to ease the tension and keep the mood light-hearted at times when it’s needed.  At the end of each year we have a tradition of handing out “awards” to some of our employees that mostly just recognize a funny situation from that year and to date Kirsten is the most frequent recipient of any of our employees.

I’m thankful for all of the ways Kirsten has had a positive impact on our company, our team and me personally, and look forward to continuing to see her grow personally and professionally. 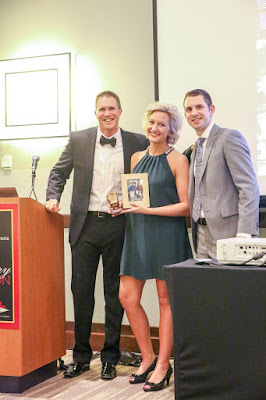 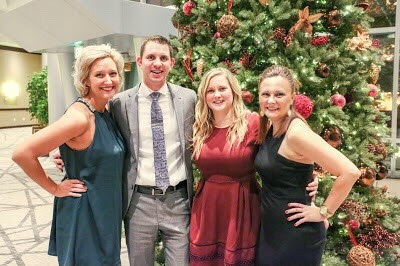 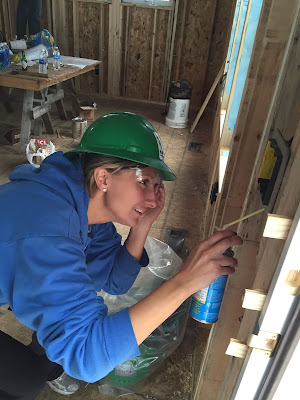 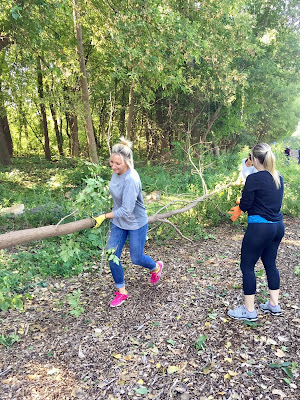 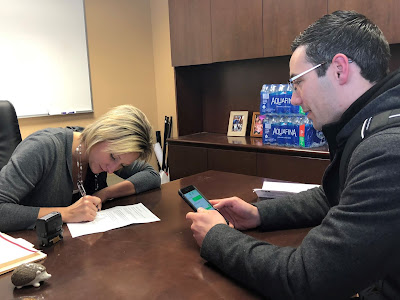 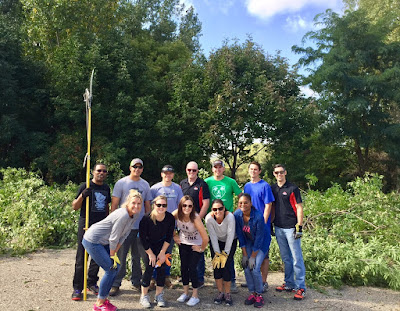 Posted by City Wide Maintenance of Minnesota at 12:17 PM

Last week, the City Wide Maintenance of MN team and their significant others met up for a beautiful night on Lake Minnetonka.   We were also joined by our special guests in town from City Wide Home Office.  The team from Kansas City included President Jeff Oddo, Paul Weybrew, Jeff Hawkins, and Darin Hicks.  The cruise was a great way to bring everyone together for a night of sun and fun!

The beautiful setting was hard to beat, as we enjoyed the captain's tour of some of the amazing houses that line Lake Minnetonka.  During the tour, we also joined many other boats lined up near shore to see a private concert with some rock legends.  A perfect night on a Minnesota lake!

As the night wound down, the laughs and stories grew.  It was great for everyone to have a night together to bond.

Thanks go out to our management team for putting together the event.  Thanks to our visitors from Kansas City for joining us and getting to know us.  Lastly, thanks to all the employees and guests who made it a fun, memorable night.

Posted by City Wide Maintenance of Minnesota at 10:51 AM

This last week, we had 4 visitors from the City Wide Franchise Home office in Kansas City in town to visit.  Jeff Oddo (President), Darin Hicks (COO), Paul Weybrew (VP Operations) and Jeff Hawkins (VP Sales) came to town to spend a couple days reviewing our market and comparing best practices with us. We also had some fun on a boat cruise (See Andrew Mikkola’s blog on that).

It’s always fun to have others in town to dig into our business and review what we are doing well, where we can improve, and how we can all support each other as City Wide as a whole continues to grow.

Greg Mansfield, Brian Mansfield, Tyler Olson and myself, spent a couple days diving into the details of our business and introducing our team whom have ultimately contributed to our growth and success.  Our Franchise visitors were happy to get outside the walls of our conference rooms to meet our team, interact and engage with them and also to learn about what they’re doing to be successful and grow City Wide Maintenance of MN.  We even took them out to see some prospecting and engage with some of our existing clients.

As a ten year veteran of the City Wide System, I’ve seen a lot of transition and evolution in how we operate, and I continue to be proud of our efforts that we dedicate toward improving for our clients, employees, and outside contractors.  Thank you to City Wide Franchise for coming to visit and to review opportunities for growth in the model!
Posted by City Wide Maintenance of Minnesota at 10:39 AM

We are very excited to welcome Jeff Gilbert to City Wide Maintenance of MN!

Jeff came to City Wide with a lengthy background in the building maintenance industry. Since he has come on board, he has roundly accepted our processes and ways of handling our buildings while, bringing his knowledge and experience in to help make us better.

We have really appreciated seeing Jeff dive right into our accounts, get to know his crews and buildings very well, and make an impact on our business in his first 90 days or so.

It was tough for us to accept another Chicago Bears fan into our night time crowd (Jeff and Steve Reid will buddy up) but we’ve decided we’ll accept him anyway!

Welcome to the team, Jeff, and thanks for being here!

Posted by City Wide Maintenance of Minnesota at 10:49 AM


As I have transitioned into my new role as a Senior Facility Services Manager, I have had the opportunity to work with our executive team, along with some top performers from other City Wide Maintenance offices around the country. Together, we continue to make sure our customers are getting the world class experience they deserve and learn what has caused some of the other markets to be successful.
The last week of June I was lucky enough to travel down to Missouri with Mitch, our Vice President-Director of Operations, along with 15 other directors and owners from other markets, to attend a Directors Summit at the Oddo family cabin.
Frank Oddo, the founder of City Wide Maintenance, along with his son Jeff, President of City Wide Maintenance, graciously welcomed the group to their traditional Missouri hunting log and family cabin on a sprawling  piece of property about 90 minutes outside of Kansas City. While onsite, we held a summit with an array of topics and group discussions to get the group engaged to talk about success, failure, and what has led to both outcomes.
This was my first experience meeting most of the group and it was very insightful to say the least. We had two days of group discussion lead by different presenters, followed by group discussion and a Q&A session to really dive into the topics. This was a good opportunity to talk with other market leaders to really figure out what has made everyone so successful within their market and how we plan to continually grow and serve our customers here in Minnesota.
My personal favorite guest speaker was Pat Warren, who is the CEO of the Kansas City Speedway. It was really interesting to listen to someone who comes from a completely different industry and how many of the same principals, values, and philosophies we live by within our office, translate so well across different industries. We talked about customer and client experience and what they do to make sure the fans that visit their facility have the best customer experience of all the Nascar tracks.
Overall, it was a great experience. Mitch and I came home with many new thoughts and ideas of how we can continue to improve the operations within our team.

Mitch Brunette: Vice President - Director of Operations
Mitch here briefly -  aside from having some good take away ideas as Alex mentioned above, my primary hope was that Alex would come home with a network of peers that he can reach out to and bounce ideas off of outside our office as things arise in the coming years.  I’m glad he found that group of peers and look forward to seeing them use their network to personally and professionally develop!

Posted by City Wide Maintenance of Minnesota at 9:59 AM