This past weekend I participated in my 2nd straight BNP Paribas National Tri-Level Tennis tournament at the Indian Wells Tennis Garden in Palm Springs California.  My team and I won our section MN/ND/SD/WI to advance to the national draw.  Unfortunately, we lost our final match, that would have put us in the Final Four of the tournament to a team from Texas. This tournament is always difficult for us in the North because we haven’t played outside in 6-8 months, compared to some of the teams that play outdoors year-round.  My doubles partner and I did have one of the biggest wins in the tournament beating the 2x defending national champions in our first match. My partner is originally from England and I grew up taking lessons from him.  So, to be able to go to tournaments like this is a pretty great feeling, as I have worked with him for the last 16 years.
Apart from playing tennis, participants get free tickets to the pro matches where we get to watch Roger Federer, Rafael Nadal and other pros.  During the tournament you run into some famous people every year.  This year my list included Peter Dante, who is in many Adam Sandler movies, as well as RedFoo from LMFAO.

The weather every year is unbeatable, especially coming from Minnesota in March. 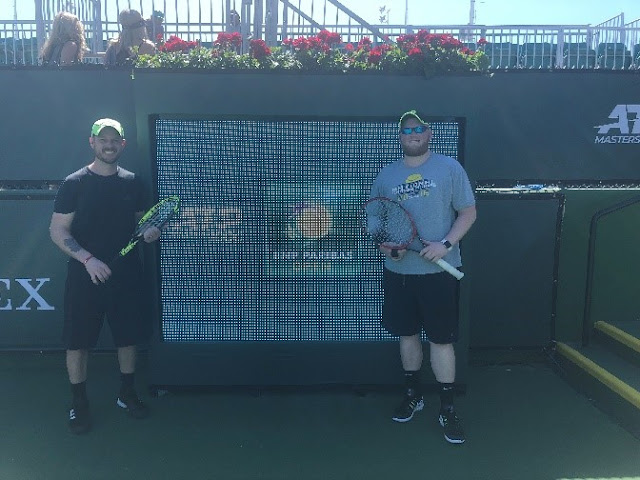 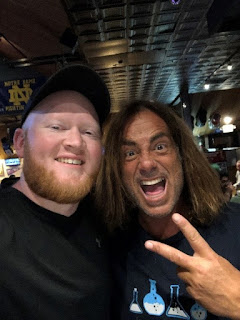 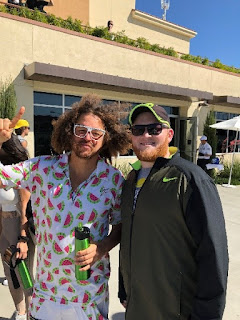 Posted by City Wide Maintenance of Minnesota at 3:18 PM